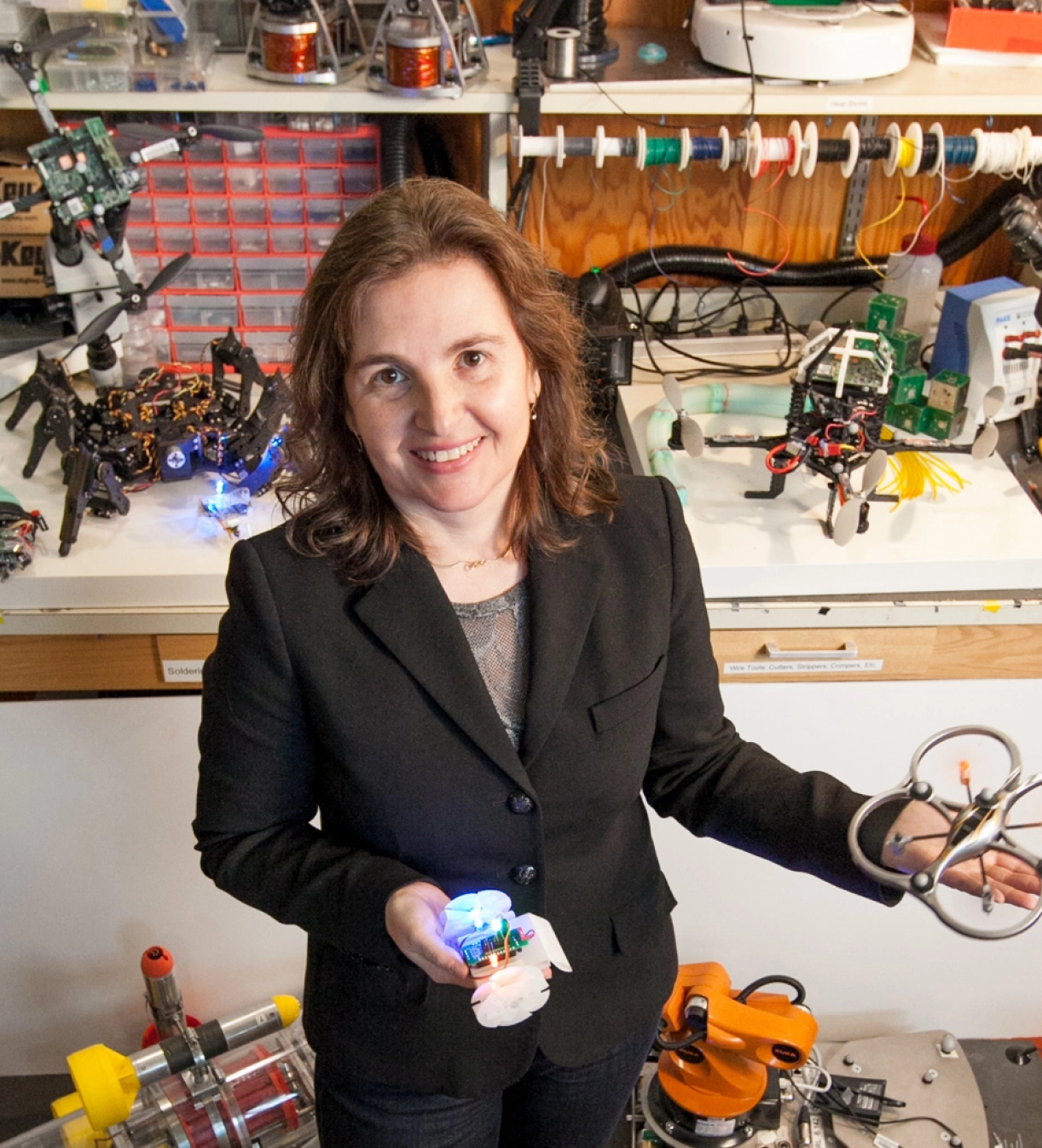 The focus of her work is developing the science and engineering of autonomy, toward the long-term objective of enabling a future with machines pervasively integrated into the fabric of life, supporting people with cognitive and physical tasks. Her research addresses some of the gaps between where robots are today and the promise of pervasive robots: increasing the ability of machines to reason, learn, and adapt to complex tasks in human-centered environments, developing intuitive interfaces between robots and people, and creating the tools for designing and fabricating new robots quickly and efficiently. The applications of this work are broad and include transportation, manufacturing, agriculture, construction, monitoring the environment, underwater exploration, smart cities, medicine, and in-home tasks such as cooking.

Rus serves as the Associate Director of MIT’s Quest for Intelligence Core, and as Director of the Toyota-CSAIL Joint Research Center, whose focus is the advancement of AI research and its applications to intelligent vehicles. She is a member of the Toyota Research Institute advisory board.

Rus is a Class of 2002 MacArthur Fellow, a fellow of ACM, AAAI and IEEE, and a member of the National Academy of Engineering and the American Academy of Arts and Sciences. She is the recipient of the 2017 Engelberger Robotics Award from the Robotics Industries Association. She earned her PhD in Computer Science from Cornell University.

Rus has also worked on two collaborative projects with the Pilobolus Dance company at the intersection of Technology and Art. Seraph, a pastoral story about human-machine friendship, was choreographed in 2010 and performed in 2010-2011 in Boston and New York City. The Umbrella Project, a participatory performance exploring group behavior, was choreographed in 2012 and performed at PopTech 2012, in Cambridge, Baltimore, and Singapore.