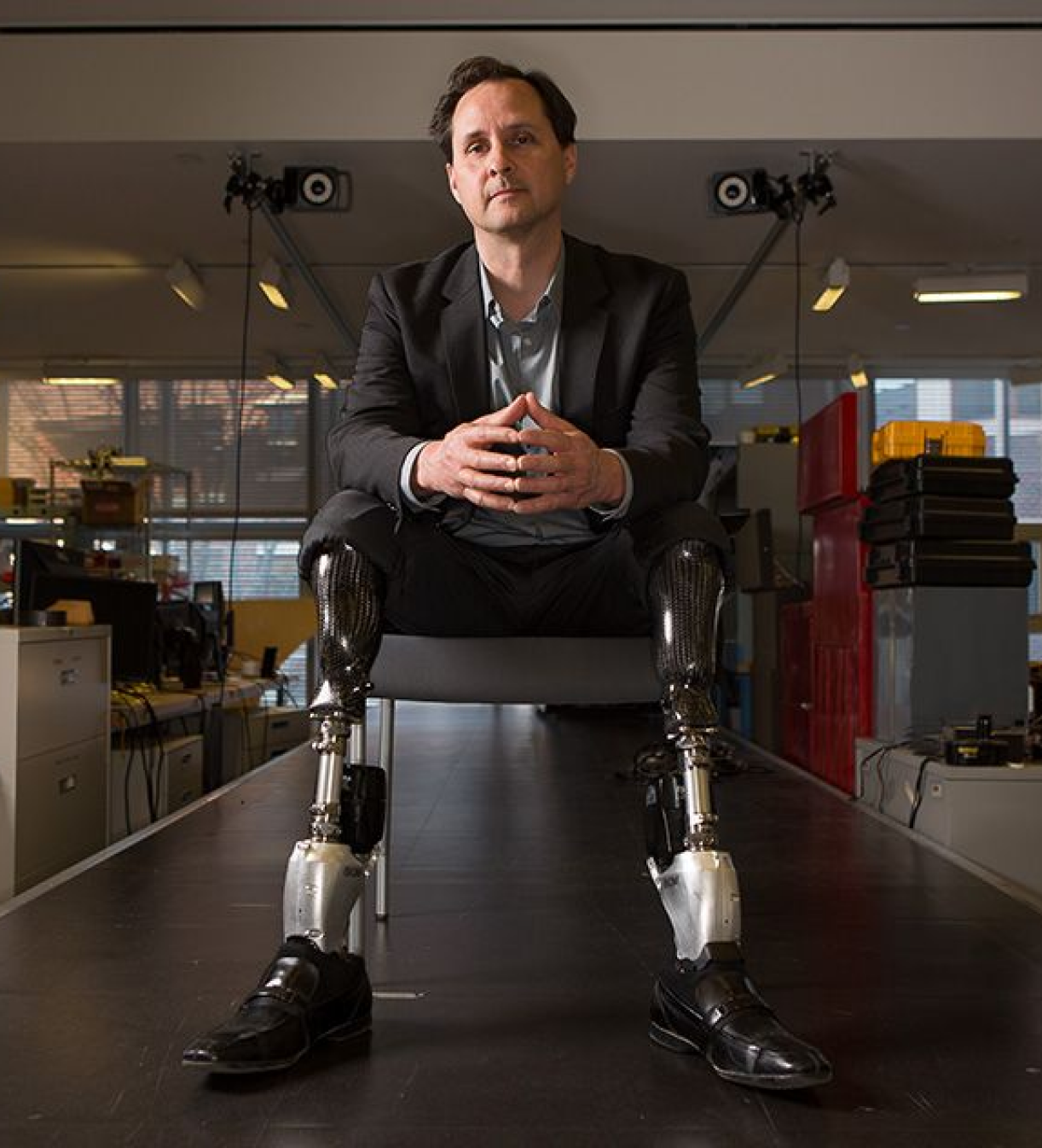 Professor, MIT Media Lab, and co-leads the Yang Center for Bionics at MIT

Hugh is creating bionic limbs that emulate the function of natural limbs. Time Magazine coined Dr. Herr the ‘Leader of the Bionic Age’ because of his revolutionary work in the emerging field of Biomechatronic.

Hugh Herr is creating bionic limbs that emulate the function of natural limbs. Time Magazine coined Dr. Herr the ‘Leader of the Bionic Age’ because of his revolutionary work in the emerging field of Biomechatronics - technology that marries human physiology with electromechanics. A double amputee himself, he is responsible for breakthrough advances in bionic limbs that provide greater mobility and new hope to those with physical disabilities. He is currently Professor of Media Arts and Sciences at the MIT Media Lab, and co-leads the Yang Center for Bionics at MIT.
Herr is the author and co-author of over 200 peer-reviewed manuscripts and patents, chronicling the science and technology behind his many innovations. These innovations include active Leg Exoskeletons, Powered Ankle-Foot Prostheses, and neural interfacing technologies. A powered ankle-foot prosthesis called EmPower, which emulates the action of a biological leg and, for the first time, provides amputees with a natural gait, was named to the list of Top Ten Inventions in the health category by TIME magazine in 2007. Today the EmPower Ankle-Foot Prosthesis has been clinically shown to be the first leg prosthesis in history to reach human normalization, allowing amputees to walk with normal levels of speed and metabolism as if their legs were biological once again.
In 2015, Herr’s MIT research group invented the Agonist-Antagonist Myoneural Interface, a novel surgical procedure for limb amputation and neural interfacing that allows persons with limb loss to control their synthetic limbs through thought, as well as to experience natural proprioceptive sensations from the synthetic limb. Herr has received many accolades for his groundbreaking innovations, including the 13th Annual Heinz Award for Technology, the Economy and Employment; the Prince Salman Award for Disability Research; the Smithsonian American Ingenuity Award in Technology, the 14th Innovator of the Year Award, and the 41st Inventor of the Year Award, and the 2016 Princess of Asturias Award for Technical & Scientific Research. Hugh's story has been told in a National Geographic film, Ascent: The Story of Hugh Herr; and episodes and articles featured in CNN, The Economist, Discover and Nature.