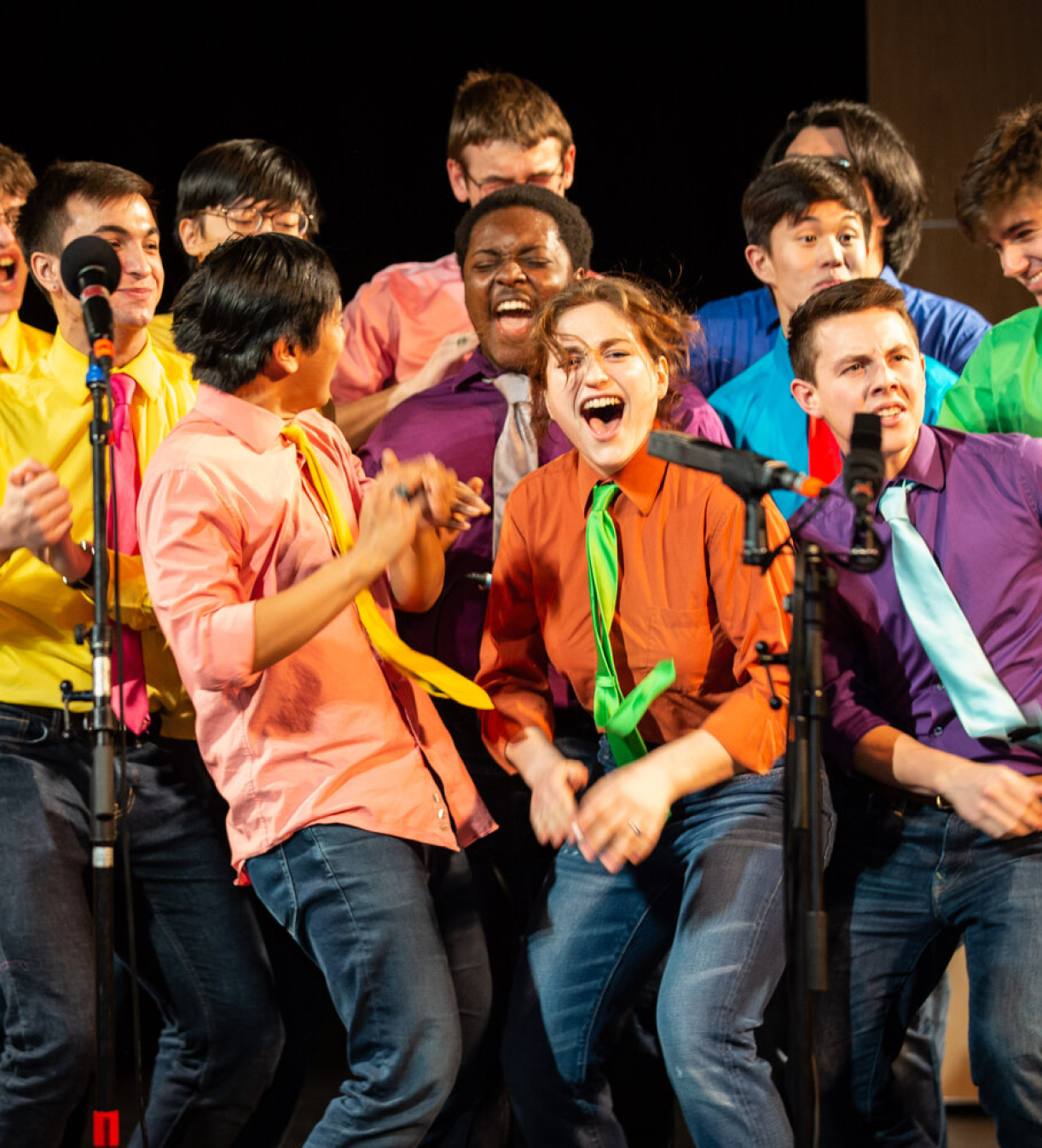 Logarhythms, MIT's the first acapella group, quickly became a major musical force at MIT and the surrounding community. The "Logs" built upon the influence of barbershop tunes.

In the spring of 1949, a group of MIT students came together to form the Logarhythms, the very first acapella group at MIT. Building upon the influence of barbershop tunes, the “Logs” quickly became a major musical force at MIT and the surrounding community. In the late 1990’s the Logs made the transition from barbershop to modern acappella by introducing vocal percussion and complex arrangements of modern songs. The Logs performed off campus more often and toured around the country and world to London, California, Texas, Ohio, New York, Florida, and all over New England. Last year, the Logs celebrated their 70th anniversary as one of the country’s finest a cappella groups. Their tremendous success is attributed to its alumni, who have shaped this group into what it is today. The active group looks to carry on their tradition of excellence.