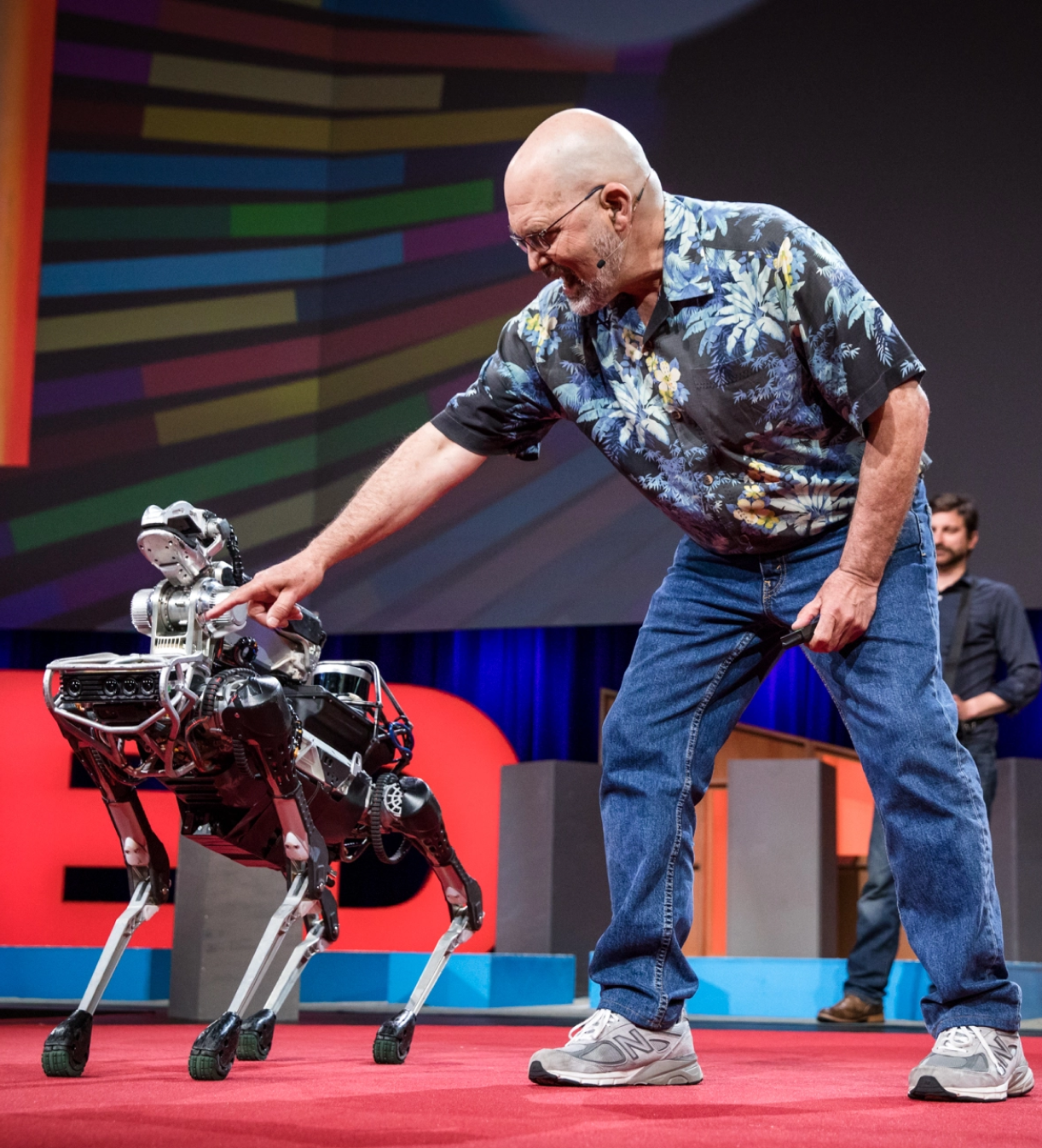 Marc Raibert (born December 22, 1949) is the founder, former CEO, and now Chairman of Boston Dynamics, a robotics company known for creating BigDog, Atlas, Spot, and Handle. Before starting Boston Dynamics, Raibert was professor of Electrical Engineering and Computer Science at MIT and an associate professor of Computer Science and Robotics at Carnegie Mellon University. At CMU he founded the Leg Laboratory (1980), a lab that helped establish the scientific basis for highly dynamic robots. Raibert developed the first self-balancing hopping robots, a significant step forward in robotics.Raibert earned an Electrical Engineering, BSEE from Northeastern University in 1973 and a PhD from MIT in 1977. His dissertation is entitled "Motor control and learning by the state space model".Raibert was elected a member of the National Academy of Engineering in 2008 for biomechanically motivated analysis, synthesis, control, and application of multi-legged robots.