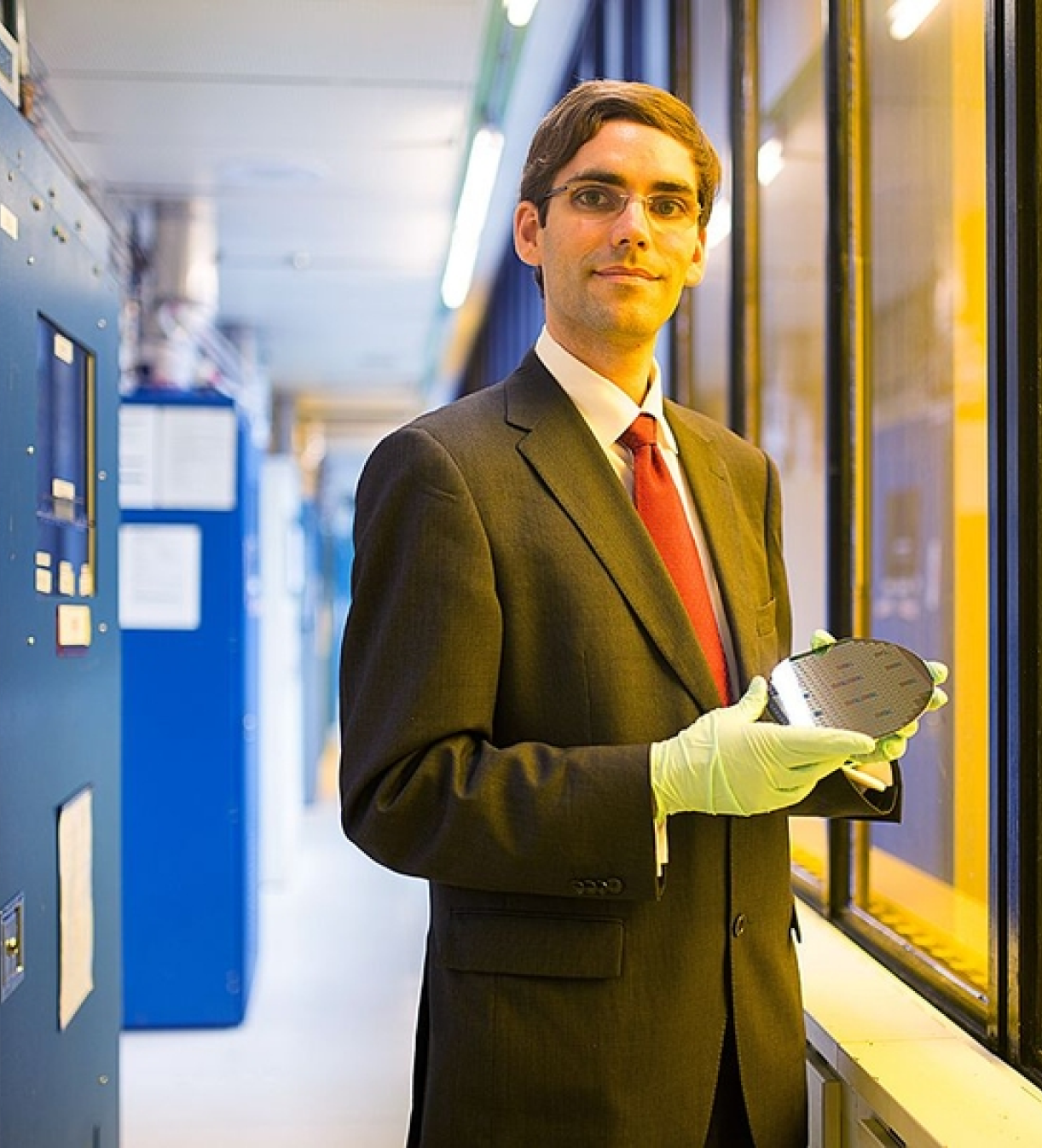 Professor of Electrical Engineering and Computer Science at MIT

In 1997, Tomás joined the Institute for Systems based on Optoelectronics and Microtechnology (ISOM) in Spain. There, he did research on semiconductor fabrication technology, ultraviolet photodetectors, surface acoustic wave filters and high electron mobility transistors. In the summer of 2000, he worked in the Microelectronics Group of the European Organization for Nuclear Research (CERN, Geneva) where he collaborated in the design of new Si transistors for radiation-hard and low noise electronics. In 2002, he joined Prof. Umesh Mishra´s group at UCSB where he developed new transistors based on nitrides semiconductors for mm-wave applications and he established the state-of-the-art in high frequency and high power applications.

Tomás joined the faculty at MIT in 2006 and since then, his research interests include the design, processing and characterization of new electronic devices based on wide bandgap semiconductors for power amplification and digital applications beyond 100 GHz. He is also very interested in the development of new concepts for biosensors and bioactuators as well as in the use of the unique properties of nitrides semiconductors for power generation and conversion.

In addition to the work on GaN and other wide bandgap semiconductors, the Palacios group also works on electronics based on two-dimensional materials such as graphene and molybdenum disulfide (MoS2). We are now in the middle of the most exciting time for electronic systems in history, the intersection of new material systems with extreme properties (i.e. 2D materials and GaN), the mature nature of traditional silicon electronics, and the expectations and needs of a society used to 50 years of Moore’s law provides unique opportunities and challenges. The Palacios group is helping bridge the fields of material science, physics and engineering to contribute and lead this new wave of micro- and nano-systems.

Our group’s work has been recognized with multiple awards, including the Presidential Early Career Award for Scientists and Engineers (PECASE), the Office of Naval Research’ Young Investigator Award , the National Science Foundation (NSF) CAREER Award and the DARPA Young Faculty Award, the Young Scientist Award of the International Symposium on Compound Semiconductors (ISCS), the Young Researcher Award at the 6th International Conference on Nitride Semiconductors, the Best Student Paper Award at the 36th Device Research Conference, the Lancaster Dissertation award, and the European Prize Salva i Campillo to the “Most Promising European Newcomer to Engineering,” among other awards. In total, the group has author or coauthor of more than 200 scientific papers in international journals and conferences, five book chapter and multiple invited talks and patents.